Start the year on a high note! Join us for a new and exciting kind of virtual entertainment. Relax into an upbeat environment – with friends and family – all SINGING-A-LONG to songs from the Great American Songbook, Broadway favorites, pop, and more! We provide the lyrics; you bring your voice and sense of fun. Guaranteed to lift you up during these long winter days.

Virtual Concert: George Gershwin: An American Original (Part 1) – Join us at the Piano with Alexander Wu

A two-part series about the composer and his music, Alexander Wu’s thrilling performances bring to life a unique collection of Gershwin’s earlier piano pieces to his Broadway songs and serious works that include Rhapsody in Blue, An American in Paris and a piano medley arrangement of the folk opera, Porgy & Bess. Fifteen-year-old George Gershwin started out on Tin Pan Alley, but as he gained success writing popular music for the stage and later Hollywood, he began to lead a double life struggling to make his mark as a serious composer. 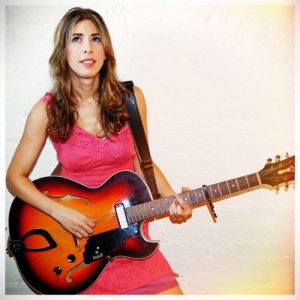 Join singer-songwriter Sheri Miller, who performs soulful, inspired original songs, while accompanying herself on guitar and piano. To celebrate Valentine’s Day, Sheri will sing a wide range of uplifting, universal love songs from The Beatles, Louis Armstrong, to her own timeless originals. She has released 2 critically-acclaimed records, “Mantra” and “Winning Hand,” as well as her original song” I Could Love You Still” (feat. Will Lee, Paul Shaffer, and Steve Cropper).

Virtual Concert: East End Libraries Present: The Blues and Beyond

Blues and Beyond tells the story of African Americans in the United States from slavery to the present day by exploring and documenting, with music, videos, narration and illustrations, the evolution of African American music alongside U.S. history.  From field hollers and camp meetings to old spirituals to the Blues to the popular genres of today, music is the means by which African Americans have told their story.” The program is delivered using Zoom and allows viewers to interact with the program performers and narrators.

A great American story trumpeting in the modern era; born at the turn of the century to Jewish immigrant parents, resided and schooled on the lower east side, self-taught pianist and composer living out his dream becoming a songwriter for Broadway with his hit songs marking America’s first “pop music”. Will include performances of music by Gershwin’s contemporaries and inspiring backstories of “The Roaring 1920s” economic boom and America’s great achievements in the arts, literature, sciences and other fields during his time.

Loss: Works by Mozart and Prokofiev

Part of the three-part video streamed music series with Musicivic Inc – Join the award-winning Shea-Kim Duo for Loss, a program of sonatas for violin and piano by W.A. Mozart and Sergei Prokofiev that contemplate the loss of something irreplaceable. The sonatas were completed at times when both composers were grappling with loss; Mozart wrote his E minor sonata around the time that he lost his mother, while Prokofiev composed his F minor violin sonata over a period of eight years, completing it shortly after the end of the World War II.

Ladies of Liberty: “100 Years Strong Celebration the Centennial Suffrage and the History of Woman’s Rights in America”

This pre-recorded musical revue, featuring NYC award winning cabaret artist, Valarie diLorenzo, celebrates the 2020 Centennial of woman’s right to vote and traces the of history woman’s rights in America. She will start in the beginning, with connections to the early Civil Rights movement, and then brings us all the way to the modern feminist legacy, #MeToo movement and female empowerment, through exuberant, lively, sometimes humorous – often touching – songs.

Songs of Love: Lost and Found

Part of the three-part video streamed music series with Musicivic Inc – Devoted to historical performance, Quartet Salonnières is a newly formed ensemble that performs classical repertoire on original instruments using gut strings. The quartet is named for the women who hosted salons in the 18th and 19th centuries, known as the Salonnières, who through providing artistic and intellectually themed evenings in their homes, allowed the culture of the arts and philosophy to thrive. Join them in performances by Mozart, Haydn, and Boccherini!

With heart and humor Kate Saxton is guaranteed to delight with traditional and modern music played on her concert harp.

Music of the West African Kora (Harp): A Filmed Concert

Sean Gaskell will play the West African Kora, a melodic 21 string harp from Gambia in this filmed concert. You will hear traditional Gambian music dating back hundreds of years ago along with some of Sean’s own modern orchestrations. At times during this concert you may feel as though you are sitting in a symphony hall in NY City.   Sean is a celebrated musician from Seattle who currently lives in North Carolina. He has been featured in music festivals in the United States and in Gambia and Senegal.

Olga Vinokur performs in this filmed concert as a Soloist and with Daniel Gnip in Four Hands Piano. “New York Times has described her playing as “an exquisite performance” and BBC magazine called Olga “superlative.” Olga Vinokur will present program of piano masterpieces by Chopin, Liszt, Rachmaninoff, Gershwin among others. Her son Dan will join her for some exciting piano four-hands duos.”

Alison Ackley and Taylor Ackley are partners in life and in music. They have been performing together since 2015 when they founded the Deep Roots Ensemble. Taylor’s background in traditional American music and Alison’s extensive experience as a classical chamber musician come together to form the foundation of all the music they make together. The rich sound of their two-part harmony singing brings songs old and new to life in a way that feels both timeless and remarkable. In their five years of collaborating they have performed in festivals, concerts and recitals across the United States.

The Deep Roots Ensemble’s first album Songs from the Bitterroot was released in 2018 by 4Tay records and the next Hard Tellin’ is now available. While Taylor and Alison primarily perform with the Deep Roots Ensemble, their duo concerts always bring a special, intimate character to their well-loved style.

Performed on historical instruments and recorded virtually, Musicivic Baroque continues to share their love of Baroque music with listeners around the world. Reserve your free tickets today and enjoy this eclectic program of Visée, Couperin, Stradella, and Fontana recorded for the North Shore Public Library patrons.

Join us for a good old-Fashioned Christmas and some holiday cheer for your ear featuring Valerie diLorenzo at our annual holiday event, which will feature traditional favorites as well as some new surprises and stories about the Holiday Season.

NSPL and Twin Forks Musicivic are excited to present the Cramer Quartet in this online series, featuring a socially distanced take on works by Bach, Haydn, Matteis, and Telemann.

With period instruments and an invigorating historically informed approach, the Cramer Quartet brings uncommon warmth, transparency, and texture to Classical and early Romantic repertoire as well as commissioned works that explore and expand the sound world of gut strings.

Please keep checking back for the next scheduled Virtual Concert!